Research Associate with Tenure Track
in Exoplanet Atmosphere modelling
This position is advertised for the Space Research Institut in Graz here.
Deadline: 30 November 2021

Research Fellow (2+1 yrs) in Exoplanet Atmosphere modelling: radiative transfer and polarimetry
We are seeking an ambitious postdoctoral researcher to work on complex weather on cloud-forming gas giants and ultra-hot Jupiters with Dr Christiane Helling to start September 2021. The project focuses radiative transfer modelling for polarimetry and spectroscopy in preparation for forthcoming observations, incl. JWST. The candidate is expected to have a PhD in astrophysics with relevant experience in the field of radiative transfer modelling, experience in the modelling of exoplanet/brown dwarf atmospheres is advantageous. The position will involve collaboration with researchers across Europe and within the St Andrews Center for Exoplanet Science. The position includes funding for travel.
Applications should include a 2-page CV, publication list, and a statement (max. 3 pages) of research interests. This should include a summary of past research achievements and statement of future plans. Details of two referees should be provided and letters of reference will be requested following long-listing.
Deadline: 15 Feb 2021 and  Further informations

St Leonard’s College World-Leading PhD Scholarships
We are advertising a 3.5 years PhD position to start in September/October 2020. This is a joint position between the School of Modern Languages (Dr Emily Finer), the School of Physics & Astronomy (Dr Christiane Helling) and the School of Biology (Dr. V. Anne Smith) of the University of St Andrews on “Turning Science Fiction into Data Science”. The PhD students will be an active member of the St Andrews Centre for Exoplanet Science. More information.
This position is now filled.

15 PhD places in the Marie-Curie International Training Network CHAMELEON
We are advertising double-degree PhD places across Europe involving the Universities of St Andrews, Antwerp, Copenhagen, Edinburgh, Groningen and Leuven, in addition to SRON/Utrecht and MPIA/Heidelberg. Details can be found here.

St Leonard’s College interdisciplinary PhD Scholarships
We are advertising a 4 years PhD position to start in September/October 2019. This is a joint position between the School of Earth & Environmental Science (Dr Eva Stüecken) and the School of Physics & Astronomy of the University of St Andrews on quantifying lightning as source of prebiotic molecules on the early Earth and other worlds. The PhD students will be an active member of the St Andrews Centre for Exoplanet Science. More information.
This position is now filled.

St Leonard’s College European Inter-University PhD Scholarships
We are advertising a 4 years PhD position to start in September/October 2018. This is a joint position between the University of Leuven (Belgium, Prof Leen Decin) and the University of St Andrews (UK, Dr Christiane Helling) on exoplanet cloud formation modelling. More information.
This position is now filled.

Dr Yoav Yair (School of Sustainability Interdisciplinary Center Herzliya, Israel) visiting
Yoav Yair visits the LEAP group 22-25 May 2017, and he will give a talk in 25 May.

Fiery exoplanet may see a trillion lightning flashes in an hour
Gabriella Hodosan’s work on extraterrestrial lightning  is featured in the “New Scientist” from 3 July 2016. Gabi is a LEAP PhD students.

Ian Dobbs-Dixon will visit the LEAP group and join our research life at the School of Physics & Astronomy, University of St Andrews, again during the summer months in 2016.

LEAP PhD student Graham Lee wins Cormack Postgraduate Prize 2016 from the Royal Society of Edinburgh for his paper ‘Modelling the local and global cloud formation on HD 189733b’. The price recognises and rewards the most outstanding postgraduate student contribution to astronomical research in Scotland.

Sergey Yurchenko will visit St Andrews and our group 7./8. March 2016 and give a lunch time talk. See also the ExoMol group on facebook.

Our research featured in the Discover magazine

December, 2015
Storms on Other Worlds Lightning might last only an instant, but it can shape a planet’s atmosphere and even spark life.

Super stormy star discovery has implications for life on other planets

Ian Dobbs-Dixon will visit the LEAP group and join our research life at the School of Physics & Astronomy, University of St Andrews, during the summer months 2015. He will give the lunch time talk on 9 June 2015.

Keri Nicoll will visit our group in April 2015. She will give a lunch time seminar.

On the 25 September 2014, 19:30h, Christiane Helling gives a talk at the Anstruther Science Cafe (in the Barco, Cellardyke, John Street) on ‘Gemstones and Clouds in planets outside the solar system‘ : Do all planets have clouds? Do only planets have clouds? What could they be made of? This talk will dwell a little upon the above questions and give a small glimpse of what St Andrews researcher have contributed to this topic. — Did you know that gemstone clouds can produce lightning?

The University Observatory holds its first Open Night of 2014. Many activities are going on, of course observational, for kids, but also a couple of 15 mins-talks are given.

LEAP Blog for the World launched

LEAP for the World is a Blog where the LEAP group present its newest results or developments for the wider public.

Prof. Uffe G. Joergensen from the University of Copenhagen visits our School 13 – 17 January 2014.

The webpage for the LEAP related meeting ‘Electrification of dusty atmospheres inside and outside the solar system’ is now online.

Dr Craig Stark‘s paper on activation of prebiotic chemistry on dusty atmospheres was featured in astrobits and in universe today.

The University Observatory holds its second Open Night of 2013. Many activities are going on, of course observational, for kids, but also a couple of 15 mins-talks are given.

Drs Natalia Korolkova & Paul Rimmer merge their areas of scientific expertise during their contribution ‘Quantum Communication with Extraterrestrial Planets: Worlds with gemstone clouds and a quantum way to talk to other worlds’ to the Dundee Science Festival in November 2013.

Dr Craig Stark, Gabriella Hodosan and Graham Lee will support this activity by helping with a Cosmic Ray Experiment.

Three presentation will be held on 18 November 2013.

The School of Physics & Astronomy has appointed Dr Irina Leonhardt as Scientific Officer. Irina will support all ERC/FP7 project in Astronomy. We welcome her warmly on board!

Daniel Kitzman (Center for Astronomy, Technische Universität Berlin) visits our School 31 July – 2 August 2013. He presents his work on ‘Clouds in the atmospheres of terrestrial extrasolar planets: Climatic effects and planetary spectra’ in a lunchtime talk on 31 July 2013.

Our for a proposal for a meeting on ‘Ionising processes in atmospheric environments of planets, Brown Dwarfs, and M-dwarfs’ was selected by the RAS as special discussion meeting.
This 1day meeting will take place on the 10 January 2014 in the RAS premissies Burlington House in London, UK.

The German popular science book about physics of clouds, written by Christiane Helling, will be published by the publisher Primus. Christiane has included the basic concepts of cloud formation on Earth which are also applied to planets outside our solar system. The book is illustrated by many of her cloud photos taken in Scotland. Christiane’s book about clouds, ‘Wolken’ is the German word for ‘Clouds’, is part of the publisher’s series ‘Wissen im Quadrat’.

Prof. Farideh Honary (Lancaster University) visits our School 7 – 8 March 2013.
She will give a talk on the 8 March 2013 during the School’s colloquium.

Prof. Giles Harrison is visiting our School 22 – 23 November 2012. He will give a talk on ‘Fair weather atmospheric electricity, energetic particles and clouds’ on the 23 November 2012 during the School’s colloquium.

Dr Catherine Walsh will visit St Andrews during 1 – 3 October 2012. She will give a talk on
2 October 2012: ‘Molecules as a probe of the physics and chemistry of star and planet formation’.

MSci Anders Sivle from the University of Bergen visits the LEAP group during September to November 2012. Anders will give a talk ‘Interpretation and use of online weather forecasts’ on 4 September 2012.

Camille Bilger, a final project student in astronomy, wins the Selex Galileo prize 2012 for an outstanding final year astrophysics project. Her project was on ‘Hydrocarbon chemistry in the atmospheres of brown dwarfs and giant gas planets’.

Dr Shenghua Yu will visit St Andrews during 18 – 20 June 2012. He will give a talk (19 June 2012) on electron beam induced radio emission from ultracool dwarfs.

Dr Andras Zsom gives a talk on 31 January 2012 about his work on dust coagulation.

Craig is a plasma physicist holding a PhD from the University of Glasgow and Paul is a non-equilibrium astro-chemist obtaining his PhD from Ohio State University.

LEAP in the ERC anniversary publication

The LEAP project was selected out of 2200 ERC funded projects to be one of 30 projects from all three ERC domains (Physical Sciences and Engineering, Life Sciences, Social Sciences and Humanities) to appear in the ERC publication in celebration of its 5th Anniversary in February 2012.

Dr Tamsin Mather (University of Oxford) gives a colloquium in St Andrews on 4th November 2011.
This talk will explore some of the things we know about volcanic processes on Earth and their implications for planets in our solar system and beyond. Themes will include volcanic lightning and plume electrification and the impacts of volcanism on our atmosphere and our planet’s habitability. 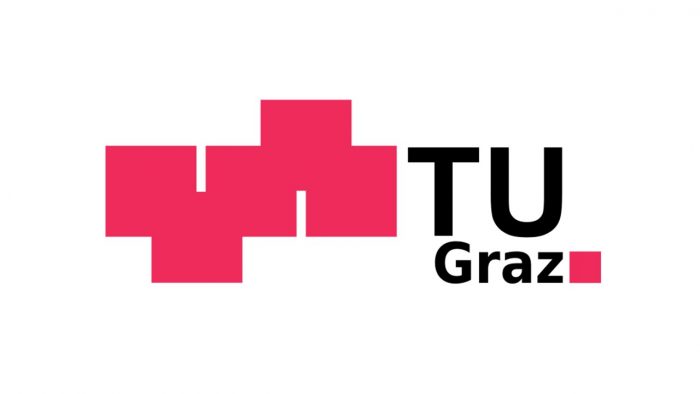 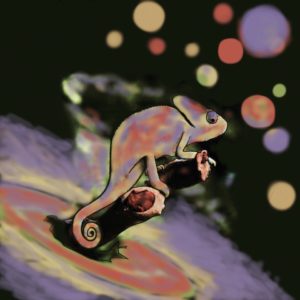